The Cultural Consequences of Social Movements: The LGBT Movement and the Transformation of Discourse About Homosexuality

This looks at how gays and lesbians, and the LGBT movement, have been covered and talked about in national newspapers since 1950. I've identified nearly 100,000 articles in the New York Times, Los Angeles Times, and Wall Street Journal that mention homosexuality. I've coded roughly 800 of these articles, including roughly 2300 paragraphs that discussed homosexuality, gay or lesbian people, or gay rights. Using topic modeling, I extract topics from the text of these articles and analyze the prevalence of topics over time. I find that the AIDS crisis, by upending the status quo, opened up opportunities for LGBT organizations, particularly ones engaged in protest, to gain significant amounts of newspaper coverage. After the AIDS crisis subsided, this attention shifted towards larger, more institutionally oriented organizations focused on policy goals. As the movement achieved more policy successes in the 1990s and 2000s, attention on these types of organizations increased.

The figure below is based on a simple sentiment analysis described in Neal Caren's tutorial, performed on the paragraphs I coded. 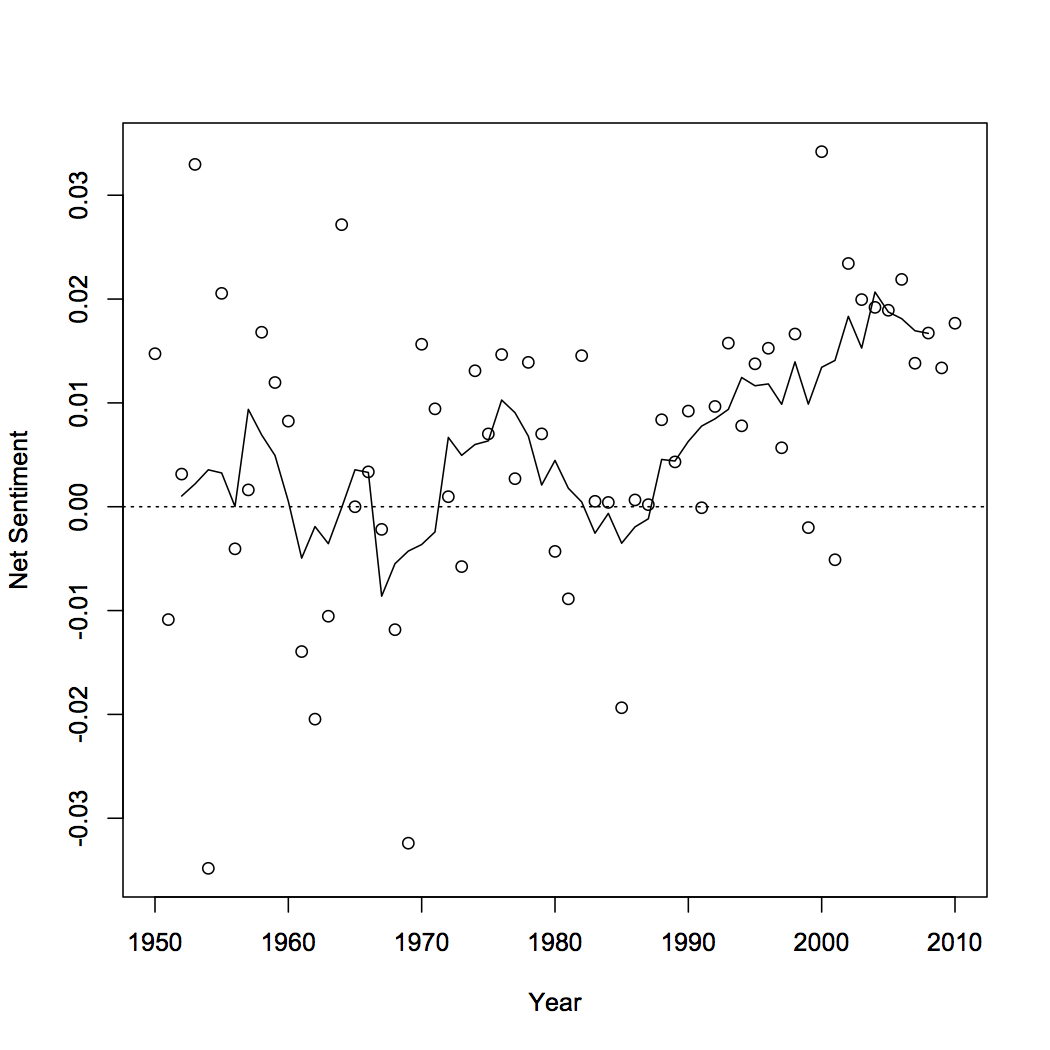 This project is a large, NSF funded project headed by four prominent social movement scholars to combine two large datasets on newspaper coverage of social movement activity. Edwin Amenta, Neal Caren, Jennifer Earl, and Sarah Soule are leading the effort to combine the Dynamics of Collective Action dataset with the Political Organizations in the News dataset. I am helping coordinate work at UCI.

Erin Evans and Edwin Amenta are also on this project. This project investigates newspaper coverage of the Animal Rights Movement, with an emphasis on the use of graphic descriptions of animal cruelty as a discursive tactic.

Edwin Amenta, Neal Caren, and Amber Tierney are also on this project. We are investigating when social movement organizations experience runs of coverage in which they receive routine, consistent coverage over time. We will investigate what drives these runs and why some SMOs experience these types of runs whiles others don't.

Cynthia Feliciano and Matt Rafalow have been investigating racial preferences expressed in Match.com profiles. We are currently working on a project in which we use social network analysis to investigate how stated interests (cooking, sports, movies, etc) cluster around stated racial preferences for dating partners. In the figure below, interests are connected to racial preferences for potential partners if the interest and preference co-occurred in the same profile more often than we would expect by random chance. For example, people who indicate an interest in martial arts are more likely to want to date Asians, or people who indicate an interest in coffee are more likely to want to date Whites. 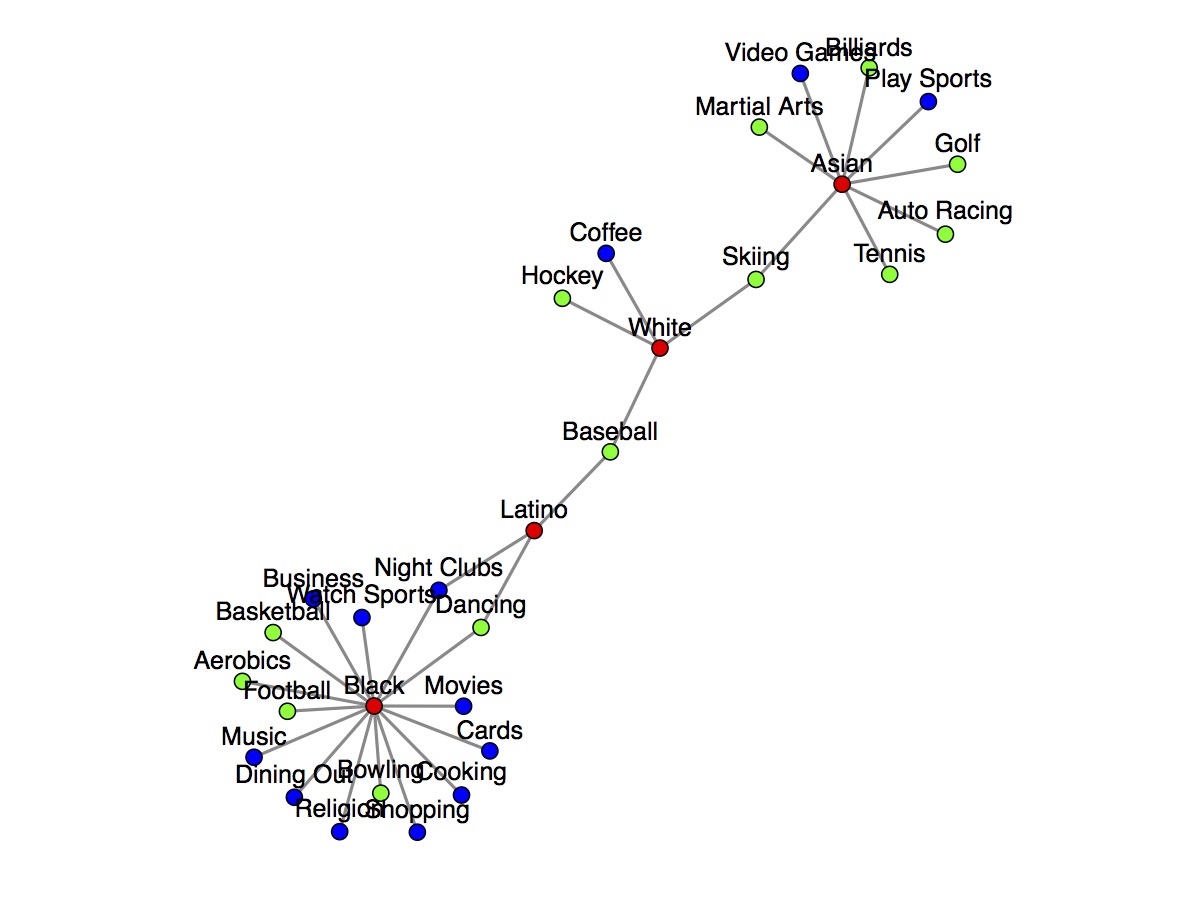 Francesca Polletta is leading a study looking at how the different ways we tell stories have an effect on the reader's response to the story. In the present study, we are investigating how different narrative genres influence the reading of an account of sexual assault at a college party.